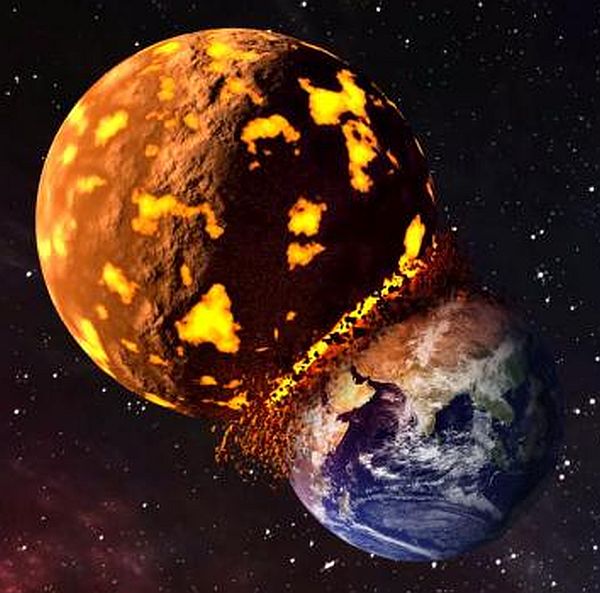 In the beginning God created the heaven and the earth.

Both the Masoretic text and Septuagint agree on the above verse, Genesis 1. The argument for Nibiru and the location thereof, is based on the misinterpretation of script, of which determines the outcome of mystical, contextual, flaber ghast (baloney).

Like all theoretical masterpiece, you must first contain the element of scriptural manipulation; for that is the way to provide society a morsel of nonsense to follow. The pied piper played a tantalizing tune – the rats followed.

The argument of Nibiru hinges on the translated words firmament and heaven.

heaven, visible heavens, sky, as abode of the stars, as the visible universe, the sky, atmosphere, Heaven (as the abode of God)

extended surface (solid), expanse, firmament, expanse (flat as base, support), firmament (of vault of heaven supporting waters above), considered by Hebrews as solid and supporting ‘waters’ above

a primitive root; to pound the earth (as a sign of passion); by analogy to expand (by hammering); by implication, to overlay (with thin sheets of metal):—beat, make broad, spread abroad (forth, over, out, into plates), stamp, stretch.

YHWH describes what He names as firmament and heaven. Heaven and firmament are confused translations and meaning by just about every lecture or article I have seen. The problem lay in the fact man is trying to explain a theory to you and USING the word of YHWH to justify their explanation. That is usually when everything goes wrong when you USE God’s word to bring forth your theory of things you do not understand.

Heaven is the visible heaven. The creation YHWH brings forth and names for mankind to understand, is the things named that you can visually see with your eyes and understand in your culture. Heaven and firmament are granted multiple descriptions as to their meaning.

Firmament also means ‘a space in the midst.’ The purpose of firmament is also to divide the waters from the waters:

And God said: ‘Let there be a firmament in the midst of the waters, and let it (the firmament) divide the waters from the waters.’

and yet the firmament is also heaven:

And God called the firmament Heaven. And there was evening and there was morning, a second day.

The firmament is a divider.

And God said: ‘Let there be lights in the firmament of the heaven to divide the day from the night; and let them be for signs, and for seasons, and for days and years

We see also the ‘lights,’ meaning the stars, planets, moon are for dividing the day from night, just as the firmament is a divider.

YHWH made both stars/moon/planets and the firmament as dividers.

What was the point of this?

And God set them in the firmament of the heaven to give light upon the earth, and to rule over the day and over the night, and to divide the light from the darkness; and God saw that it was good.

There is also a division between the lights:

The sun is a great light and the moon/planets/stars are a lesser light.

And God set them in the firmament of the heaven to give light upon the earth, and to rule over the day and over the night, and to divide the light from the darkness; and God saw that it was good.

Now how did mankind come to warp what YHWH clearly laid out and named? It’s all about this:

Genesis 1 is so utterly manipulated that you have theories such as this ridiculous nonsense:

“As has been noted by Sitchin, another translation of the Hebrew word Rakia is ‘hammered bracelet‘ and that is also quite significant. It all lies in the personal interpretation of the Hebrew texts you see. So with a more open and honest approach to the translations, the Christian story of: ‘In the beginning God created the Heaven and the Earth’ Very easily translates to reveal the earlier Babylonian and Sumerian versions of: “Marduk/Nibiru created the Hammered Bracelet and the Earth”. And the Sumerian texts are quite specific about how these events transpired.”

“The Hammered Bracelet referred to in the Sumerian texts is of course a very adequate and quite accurate description of the Asteroid belt in our solar system that lies in between the orbits of Mars and Jupiter. So in reality, we find that the ‘hammered bracelet’ translation is actually far more in context with our known solar system than that of ‘heaven’. It is also quite significant that Bodes Law shows that there should in fact be another planet existing in our solar system at the location of the asteroid belt. There is every sign to suggest there once was. Instead, all we find there now is an enormous collection of rocks, debris and cosmic rubble stretching out in a vast ring around the sun (like a ‘hammered bracelet’). Bodes Law also heavily suggests that there should be at least one more planet in our solar system. Such a planet was positively confirmed in late 2005.”

Max Igan is not the first to preach the Nibiru story and won’t be the last. The end result – the false god planet Nibiru is on the cover of tabloid’s and deceived Christians are running around with their hair on fire; believing that this false god is going to crash into the earth or bring about Armageddon.

It’s just another deception, plain and simple. No different than the ‘rapture’ theories, to cause confusion and division amongst the sheep so you are more easily destroyed.

Remember what master has said:

And Jesus answered and said unto them, Take heed that no man deceive you.

Be sober, be vigilant; because your adversary the devil, as a roaring lion, walketh about, seeking whom he may devour:

Whom resist stedfast in the faith, knowing that the same afflictions are accomplished in your brethren that are in the world.

But the God of all grace, who hath called us unto his eternal glory by Christ Jesus, after that ye have suffered a while, make you perfect, stablish, strengthen, settle you.

To Him be glory and dominion for ever and ever. Amen.