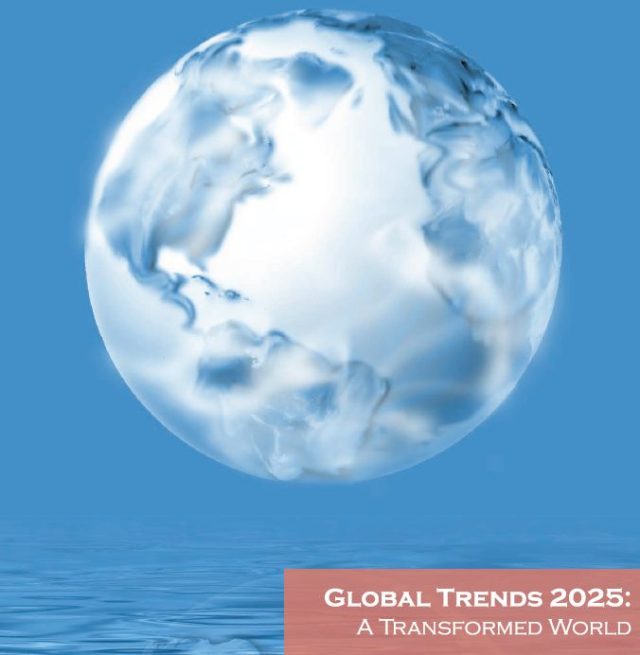 The document at the link above is a full pdf download from the National Intelligence Council:  https://www.dni.gov/files/documents/Newsroom/Reports%20and%20Pubs/2025_Global_Trends_Final_Report.pdf

When examining the title, forensically, we are reading a statement of what is believed to occur “a transformed world” whether true or false.

There are some impressive portfolio representatives of the data notably from the report:

If we cross examine the data from the (Edwin) Deagle report: 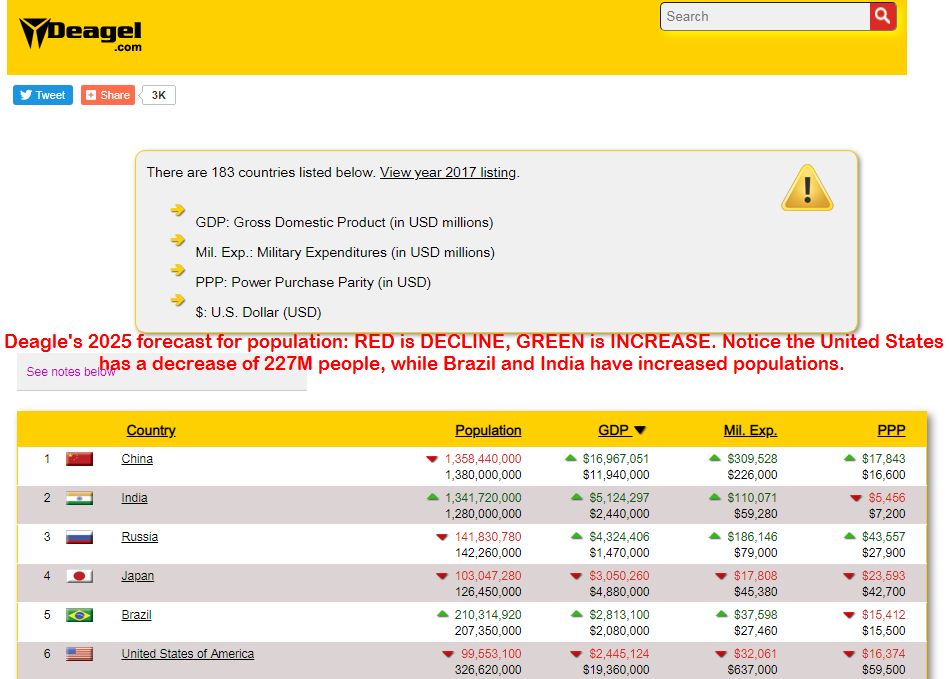 In the Deagle report we can see they forecast a massive loss to U.S. population in which they explain this away to migration, ebola, and hearsay while the NIC report states,

“If a pandemic disease emerges by 2025, internal and cross-border tension and conflict will become more likely as nations struggle—with degraded capabilities—to control the movement of populations seeking to avoid infection or maintain access to resources. The absence of an effective vaccine and near universal lack of immunity would render populations vulnerable to infection.a In this worstcase, tens to hundreds of millions of Americans within the US Homeland would become ill and deaths would mount into the tens of millions.b Outside the US, critical infrastructure degradation and economic loss on a global scale would result as approximately a third of the worldwide population became ill and hundreds of millions died.”

Deagle suggest an “Ebola strain” (which Gates has focused). Here is Deagle’s statement,

“The conclusion was that the US GDP was something between $5 to $10 trillion instead of $15 trillion as officially reported by the USG. We assume that the official data, especially economic, released by governments is fake, cooked or distorted in some degree. Historically it is well known that the former Soviet Union was making up fake statistics years before its collapse. The 2014 strain of Ebola has a death rate of 50-60% but try to imagine what would happen if there is a pandemic of Ebola with hundreds of thousands or millions infected with the virus.The “quality” factor is that the death rate could increase to 80-90% in a pandemic scenario from the stated 50-60% rate. The figure itself is not important what is relevant is the fact that the scenario can evolve beyond the initial conditions from a 50% death toll to more than 90%. By the way, no pandemic or nuclear war is included in the forecast. When the transition from rural areas to large cities happened in Europe many people unable to accept the new paradigm killed themselves. They killed themselves by a psychological factor. This is not mainstream but it is true. A new crisis joins old, well known patterns with new ones.Sorry to disappoint many of you with our forecast. It is getting worse and worse every year since the beginning of the pre-crisis in 2007. It is already said that this website is non-profit, built on spare time and we provide our information and services AS IS without further explanations and/or guarantees. https://archive.is/nAHJK#selection-1931.1-1931.309

Projections from Deagel for the last seven years:

So we can clearly see these are all planned events in which those leading the charge can pull the trigger on when the time is right or when they think they can get away with it. Covid was a beta of this scenario and what they could get away with in a 2 year litigation window before discovery avenues would kick in.

The majority of the population outside of government and NGO usually are either fed raw misinformation or have a political bias as to what they will “report.” The fact of the matter is there are a dozen different scenarios always on the table and ready to go and governance by Senators, House reps, and billionaire entity need to be aware that the carpet can be pulled from under you at any given time unless action is taken taken to stop madmen from running the ball or capitulating to bogus fictional scenarios devised to trick governments into destroying themselves for hostile takeovers.

Potential Emergence of a Global Pandemic

The emergence of a novel, highly transmissible, and virulent human respiratory illness for whichthere are no adequate countermeasures could initiate a global pandemic. If a pandemic disease emerges by 2025, internal and cross-border tension and conflict will become more likely as nations struggle—with degraded capabilities—to control the movement of populations seeking to avoid infection or maintain access to resources.
The emergence of a pandemic disease depends upon the natural genetic mutation or reassortment of currently circulating disease strains or the emergence of a new pathogen into the human population. Experts consider highly pathogenic avian influenza (HPAI) strains, such as H5N1, to be likely candidates for such a transformation, but other pathogens—such as the SARS coronavirus or other influenza strains—also have this potential. If a pandemic disease emerges, it probably will first occur in an area marked by high population density and close association between humans and animals, such as many areas of China and Southeast Asia, where human populations live in close proximity to livestock. Unregulated animal husbandry practices could allow a zoonotic disease such as H5N1 to circulate in livestock populations—increasing the opportunity for mutation into a strain with pandemic potential. To propagate effectively, a disease would have to be transmitted to areas of higher population density. Under such a scenario, inadequate health-monitoring capability within the nation of origin probably would prevent early identification of the disease. Slow public health response would
delay the realization that a highly transmissible pathogen had emerged. Weeks might pass before definitive laboratory results could be obtained confirming the existence of a disease with pandemic potential. In the interim, clusters of the disease would begin to appear in towns and cities within Southeast Asia. Despite limits imposed on international travel, travelers with mild symptoms or who were asymptomatic could carry the disease to other continents. Waves of new cases would occur every few months. The absence of an effective vaccine and near universal lack of immunity would render populations vulnerable to infection.a In this worstcase, tens to hundreds of millions of Americans within the US Homeland would become ill and deaths would mount into the tens of millions.b Outside the US, critical infrastructure degradation and economic loss on a global scale would result as approximately a third of the worldwide population became ill and hundreds of millions died.
_____________________________
a US and global health organizations currently are working to develop vaccines that may prevent or mitigate influenza pandemics. A breakthrough in the next several years could reduce the risk posed by pandemic influenza during upcoming decades. (That breakthrough consists of injected nanoparticulates that cause apoptosis)b How fast a disease spreads, how many people become sick, how long they stay sick, the mortality rate, and the symptoms and after-effects will vary according to the specific characteristics of whatever pathogen is responsible for a pandemic. This scenario posits plausible characteristics that fall within a range of possibilities for these variables.

So what we see in the reports is alot of fear mongering to sway governments, trick them if you will, into obedience of vaccine and energy schemes that are the actual depopulation vehicle. If we look at the economic and climate reports they are filled with political motive, lacking real data and using straw hyper modelling for forecasting, especially on energy and petroleum reserves. In essence, a load of hub-bub opinionating. When we understand this statement (page 42 Global Trends),

“Three countries— Russia, Iran, and Qatar—hold over 57 percent
of the world’s natural gas reserves. Considering oil and natural gas together, two countries—Russia and Iran—emerge as
energy kingpins. Nevertheless, North America (the US, Canada, and Mexico) is expected to produce an appreciable proportion—18 percent—of total world production by 2025.”

Then you understand why California and New York wish to ban natural gas stoves/heaters to get ahead of the game where Russia can use natural gas as a weapon in commodity against collapsing paper assignat. This also allows energy companies to maintain a hold on something they cannot maintain, free electricity as envisioned by Nikola Tesla. 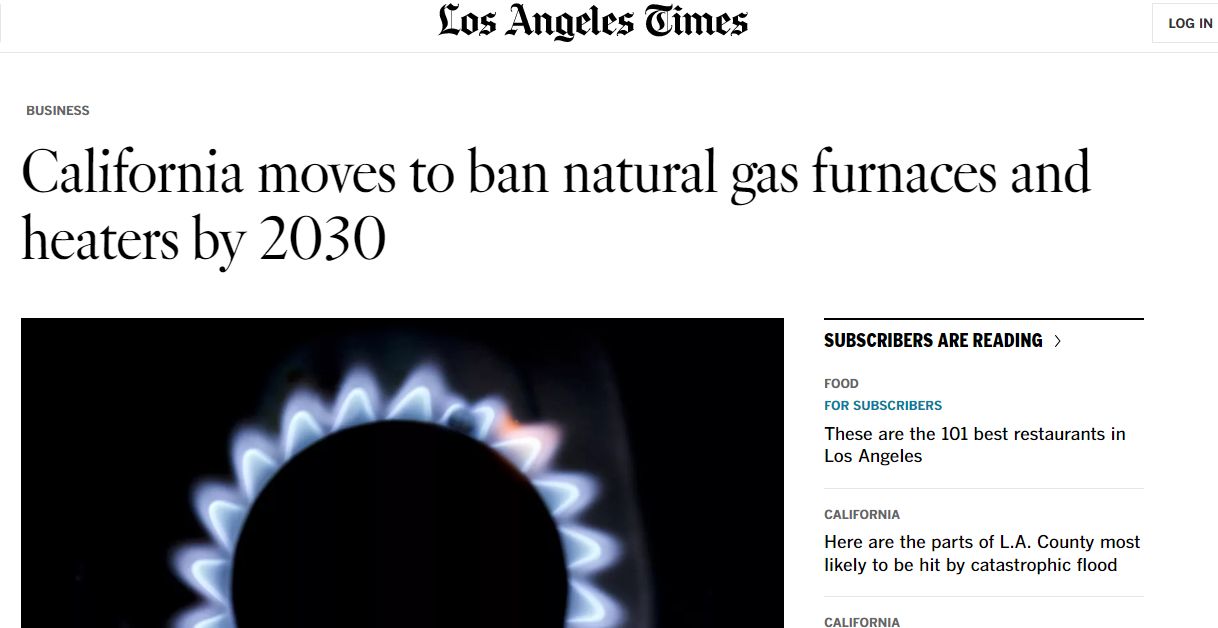 Mass consumption for future food resource comes from China and India’s population, not the U.S. or Europe. Math cannot be explained away when comparing an 800 million population to a three billion population. Yet the goal is to destroy the U.S. as an entity for the vast real estate enterprises for re-imagined migration diversity for billionaires who manage global fiat.

Their interest is simply playing god and moving chess pieces around a board based on ideolgy they were bred with, namely eugenics, and racist ideology mixed from both Talmudic and scientific logic that was stuffed in their heads. These are not “Jews” as we are blamed for everything, but lunatics who believe billions can be swept away to make room for their vision, no different than Hitler who ended up drugged out of his mind in a burnt out bunker after destroying all of Europe, his own people, and the 3rd reich he envisioned which came to nothing.

That’s the problem we find ourselves in. These reports are generated by the guys who are tricking you. They never tell you the real data, such as the population no longer needs to pay for electrical service and that salt water is easily converted to fresh water, when anyone with a thinking brain can examine. I actually rented the home of one of the inventors of desalination turbines which is now a joint U.S. / Japanese corporation. Jesuit priests filled the room at his daughters wedding. So you can take from that what you will.

It’s time to stop listening to the Universities and think-tank charlatans funded by the very criminals who want to destroy everything under the guise of eliminating carbon emission since they don’t own the oil and want to level the playing field.

Follow the money as usual and understand they’re serious about murdering you and your way of life, but only if you allow them to do it.

keep in mind Hitler was one man. WWII death toll was about 80 million.

Dragging our feet stopping the Nazi genocidal maniacs could have resulted in global dominance by those drugged out lunatics.

Some of them fled and survived and now they’re back to finish what Hitler started under a 4th reich.

Just as in Germany you must now choose whether to be with these evil maniacs or fight against them to save your family.