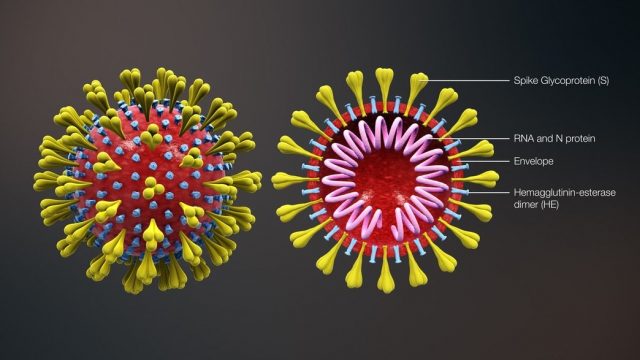 I recently spoke with my mother, naturally worried about the COVID-19 outbreak, and she stated to me, “it’s all part of the NWO.”

There are of course a ton of conspiracy theories out there, who, what, why, when?

Those who are skilled in investigative technique can sum this up in one sentence,

“Covid-19 is a preplanned operation to make lots of money.”

Most of the conversation stems around “getting chipped” or the mark of the beast through vaccine, but really it’s economics.

At the end of the day money is usually the culprit behind the worlds problems.

The “New World Order” is yelled from the housetops and pronounced as the recipe for just about everything that happens these days.

Common sense tells you that if 1B people require a vaccine that’s alot of $$$.

That’s what you call a predictable revenue stream and everyone wants a piece of that. Ask President Obama, he was smart enough to put his name on America’s health care. A true visionary of what could have been under Hillary.

The truth of the matter is Pharma have reorganized since before 2008 under the Obama administration to “handle” pesky invasive Central Nervous System disorders. Immunology has been the forefront of study from the biggest companies on the block from the likes of manufacturers and distributors:

This is a joint global operation and a highly competitive market wherein companies such as Gilead are sued over patent infringements by Idenix Pharmaceuticals, Inc., the University of Minnesota, and Juno Therapeutics.

Any journalist with half a brain can look up this information through SEC 10-k filings.

Just as in all things – it’s a competitive world and there is always a race to be the first developer and distributor of a commodity required to be used the world over.

The question is WHO DID THIS?

Well, good luck pointing the finger to ONE company or person like Bill Gates the scapegoat. Sure he has his own agenda – you don’t think he wants to be governor of a vaccine for a billion people? Of course he does. He kills two birds with one stone; revenue and depopulation.

“They’re all in on it” is a more accurate expression to be honest and yes this was a preplanned pandemic.

Any slightly intelligent person can see that in early 2019 state health officials in the U.S. alone had a “reorganizing” across the board. Meaning lots of new faces took over top positions guiding each state’s public health/management.

And no, President Trump did not select these positions, the states Governors, Senators and “those in the know” made those decisions – selecting from companies or Universities affiliated with big pharma, big science, and big money.

Go ahead and look at management of the World Health Organization and track it for the last three years and then track health directors in France, Germany, Belgium, and Spain and you’ll have a better understanding of “positioning” key personnel.

Many of the pharma companies developing vaccines have offices worldwide, including Russia, China, etc,.  Again this is a global enterprise but yet we see China being blamed as if the companies running the labs were not American or European funded.

If you trace Wuhan back to 2006 – labs we’re always labeled in media as defunct amateurs with a disaster waiting to happen. Why then did they keep getting funded by U.S. and Europe?

The international scientists who worked or visited these labs are purported as saying the Chinese were very professional and excellent by those who were there, but MSM tells a different story, one they want you to believe.

Don’t get me wrong I’m not sticking up for the Chinese government I’m just pointing out reality of the finances and historical data. You have to build an image of the fall guy with a paper/video trail. There is no doubt China will see massive financial booms in the QTR’s to come over the next two years.

We can also see in the financial sector over the last few years a mass of mergers across the board, CEO’s getting “out of the game,” mega bank conglomeration and unparalleled powers given to companies like Blackrock – in essence a padding effect, or shoring up of assets, which of course now we understand why that happened.

Go back ten years with the banks and financial giants on Wall Street. Who merged with who, who purchased, acquired, or liquidated assets and what leads to now? You’ll come away with the inevitable.

Ask our Secretary of the Treasury what happened in 2009 with IndyMac, which became OneWest bank in California and who helped to flip it. Knowing the answer makes your mouth drop.

This is nothing new. The guys running the show have done it all before and shows you how investigative journalism no longer exists in the U S of A.

This is not rocket science and clearly any legitimate narrative, or exposure is not allowed to air on MSM, which translates that citizens no longer live in a democracy. You just think you do or are too busy living life to care.

The big question is WHO pulled the trigger?

I think the evidence speaks for itself to any investigative journalist not plugged into MSM.

You can follow the market step by step all the way up to impeachment of President Trump – and thereafter.

On the surface – it’s a no-brainer for those NOT inundated with main stream propaganda. In reality, this is a much more complicated structure emboldened by stock market profit.

One thing is for sure, it’s a global investment by numerous corporations for a single goal – profit, control, and restructuring.

Don’t point at the Jews and say “YOU!”

The truth is that on all sides of the fence it’s a working relationship and at the end of the day companies like Gilead and Abbott common stock volumes are held and traded by the same top 20 investors such as Vanguard, Blackrock, Geode Capital, Barclays, and Citigroup as is most big tech companies such as Facebook.

One group develops drugs like AbbVie (ABBV) and another like Vanguard makes sure they are viable with cash on both the NYSE and NASDAQ.

It’s a hand in hand operation. Without Wall Street and banks Pharma has no cash.

You probably didn’t know the following:

The CALIFORNIA STATE TEACHERS RETIREMENT SYSTEM currently held an $803,710,000 million stake with Facebook as of January.

Do you think anyone is going to mess with the retirement funds of the largest populated Democratic states in the union? Think again. Facebook and those who hold their stock volumes have everyone by the cojones – they determine the narrative – they own the narrative.

So who are you going to point the finger at? Bank of America, Goldman Sachs, the Democrats, the Republicans, or all thee above?

Again this is a joint global operation to make sure people are “cured” from disease such as HIV, HEP C, Diabetes, etc,. And a competition to get the biggest slice of the pie and keep the company’s stock price from dropping.

COVID-19 or another of it’s kind was inevitable. We have been told for years we are overdue for a pandemic. Timing is everything ask the Democrats.

The public never knew the finger was hovering over the button the whole time; minions amply placed like Stanford medicine doing their jobs as top scientists and biologists reading the teleprompts of their masters.

President Trump, in his future memoirs, may give insight how his legacy was dashed on the rocks with the flip of a switch by his enemies.

At the end of the day who got paid? Who made the most money and stand to reap the most profits to come?

Will you allow yourself to be cordoned into a road block to be vaccinated? People everywhere are currently giving up their DNA freely as “Covid testing” which is unconstitutional and in which States have no power to force.

Maybe Canada will fold, as the numbers and predictors agree, but Americans I believe will turn to violent action before being forcefully vaccinated.

Democrats and Republicans must decide whether they can risk civil unrest (on a tipping scale) to appease hegemony from the profiteers.

Billionaires can flee America and watch their house of cards collapse all while sipping tea on their super yacht. What remains can be predicted via AI super computers. Earlier in my life I constructed “super computers” and what exist now is far superior and more accurate than anything I ever built.

Biblically we know the end result after all this restructuring – therion Onpiov Moshiach. This must and will happen according to Revelation.

Try to keep calm out there, navigate your steps wisely, and above all things trust in YHWH and Jesus for salvation – all else is a waste of your time – just smoke and mirrors. 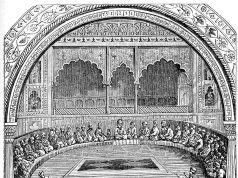