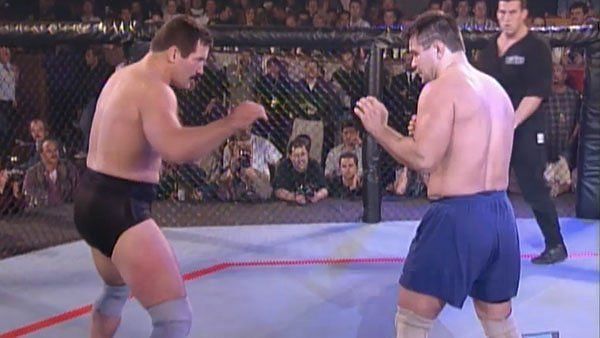 I grew up with the phrase “speed kills” amidst greaser mechanics, amateur drag racers, and fighting systems.

My Father appreciated a nine second 1/4 mile run at 162 mph back when speed meant blowing a transmission just rolling the car off the trailer.

In fighting systems it’s not necessarily who is the “fastest” but rather who is the best trained and fastest. It’s been said smooth is fast. Through sheer red teaming and imagination I invented an unbelievable fighting system proven in MMA cage fighting (King of the Cage). And interesting enough found myself going to fighting gyms to see if my skill sets could match up with other fighters.

I knocked on the apartment door at about noon. Conan the Barbarian opened the door. 6′ tall, black hair almost to the shoulders and gunk on the sides of mouth as if Conan just woke from his sleep, which he did.

His body structure was a used to be weightlifter all given up immersed in fighting people all day long. Just one look at him I could tell, long whip like striking arms that would deal heavy blows. I knew what was coming. He also had the padded, puffy body type, which simply meant he was used to getting hit ten thousand times which naturally builds up your muscle and tendon thickness to withstand the beatings.

He said, “Give me a minute,” and whisked away to another room. I stood there taking in the place. Basic apartment. No glass and you could tell a female left her presence in houseware.

Conan returns and says, “Ok, lets see what you got.”

“My eyebrows raised and I pointed at the floor, “Here, we’re going to train here? What about the furniture?”

He smirks and says “Don’t worry about it.”

The first attack I was down in about three seconds. His move consisted of an attack at my jab elbow, rolled his strike off my arm into my neck, which stunned me immediately, while swinging his arm down shoulder locking me, while jabbing my chin up in the air slamming me to the ground on my tuchas.

Two to three seconds at most. I was impressed. I spend the next 2 hours getting the same treatment. He was holding back on his strikes because I was too soft and he didn’t want to internally damage me. Not really pulling punches, but hitting softer.

The session finished with Conan in full mount in choke position, which he let go, sat up, and put his hands on his waist while sitting atop me, just looking at me.

I was like a wild animal from fighting and he was calm as a cucumber, no heavy breathing, no grimmacing angry face. Just looking at men like “Now what ya going to do.”

He proved his point and got up helping me to my feet.

Everything I knew in fighting just went right out the window. Why? Well anyone who spends their entire day fighting every type of body type is going to be superior in skill set period. I don’t care what fighting style it is.

I spent the next six months getting beat to a pulp by Conan. Fighting all his guys, police military, boxers, wrestlers kung-fu, silat, kickboxers – you name it. Learning to fight any type of “structure” what worked, what don’t, and why.

Human bio-mechanics have rules and work off the fulcrum principle. Simply put, arms and legs don’t bend certain ways and your balance is all tied together. Boxing is the beginning of fighting systems and really all you need to know against the majority of the population, including amateur fighters.

A broad skill set for professional fighters falls into endurance, especially with jiu-jitsu, or getting your mat wind; endurance for how long you can roll, defend, aggress. If one can do this for a three hour period you will certainly beat the guy who breathes heavy after three minutes.

Conan had a devastating punch, deemed “the sick punch.” When you got hit with it most just got sick. It took months before I could handle full blows and I was always a wreck, as my body adapted to the beatings on a daily basis.

The only easy day was yesterday was not a Navy SEAL slogan to me, it was reality.

After my time with Conan I moved on to re-inventing fighting systems for training a room of students at a time under beta testing to see how fast these systems could be deployed, what type of trauma it would produce based on body structure, and what candidates could mentally adjust or be “upgraded” to enhance mental and physical conditioning.

I would keep a core of 4-6 guys who passed my initial beatings and hardcore development beyond that of standard military combatants. It wasn’t for the light-hearted. I had plenty of women show up from many different backgrounds, none of which could handle the pounding. Female bodies and I don’t care what anyone says after training every type, can’t handle the same blows as a man’s structure. Just as men cannot give birth, some of you disagree with this statement, a women’s body structure is not designed to absorb such impacts unless enhanced.

I trained my guys in all aspects of fighting; edged weapon, gun retention, kickboxing, both eastern and western boxing, sambo, jiu-jitsu, wrestling, and endurance training. An example of a warm up for my trained guys was to carry the heavier man like a barbell in twenty yard sprints, crawl back the distance, then carry the man on your back, each time the partner would switch so there was no breaks in balance or tendons under duress.

My guys would stand back againt the wall as I struck their bodies with blows, teaching them how to absorb the hits with proper breathing. Each session would end with 15-20 minutes of rear naked choke defense, regardless of how tired they were from rolling, boxing, wrestling on timers.

Professional fighters started showing up. I trained them and they were amateurs compare to my guys. Weak kittens. Soon fighters were flying in from out of country – word spread. Fight organizations started showing up to see what it was all about. Little did anyone know, not even my core guys, it was all an experiment in the human condition of H2H. I agreed to do limited cage fights in which my guys would beat everyone.

I remember one time the Chief of Police showed up and one of my guys said to me, “Let me partner with him.” I looked at him and said, “Tell me why.” He says, “He arrested me years ago, I want a little payback.”  I agreed and monitored them so nothing got out of control. By the end of the session, many of the officers were puking on the designated “puke tree” outside, but not the Chief. He proved himself in front of ALL his men and no money can buy that.

The Chief and his partner for the day, my guy who wanted a bit of payback, were buddies by the end of the session. Both getting pent up feelings out of their system through kicking one another. It was days like this that made all the child like drama of fighters and trainees worth it.

Training 11b infantry, getting them ready for their evolutions was like giving them a crash course in level four fighting. A good prep for those advanced trainers and soldiers who thought they were something special.

Next thing I know everyone wants to be a UFC champion, but the type of fighting they were learning was for one simple concept, win as fast as possible. Sport fighting did not allow, nor could contend with someone trained to simply break an ankle in under five seconds and then punch them in the adams apple with all the strength of three finges to rip the throat out. It’s too dangerous for sport fighting. Sport fighting has rules and a trained UFC fighter will beat 95% of the population until he runs into one of my guys who can cripple or kill him within seconds.

Training consisted of stabbing ping pong balls with fingers hanging from ropes and rolling over four foot wooden platforms for three hours throwing edged weapons, and then moving onto the normals of boxing, jiu-jitsu, cage type fighting. I gave the men leeway of beating one another just enough to keep them going without injuries, in which we had very little. Understanding the limitations of the human carcasse is akin to living a lifestyle where you’re not crippled after 5 years.

I remember vividly, announcing to my fighters, saying it twice, you will not break any ankles in the cage today and I would get the audible “ahhhh” and laughs would erupt. My guys already knew they were going to win, because they could do what their opponents could not do, were tougher, better trained, and I enforced that mentally and physically – the real psychology, opposite of what is used to condition society by the enemies of America.

Like moths exposed to the light, confused enemies drawn to their own demise, cockroaches in which our senses instantly see their movement once exposed and then smashed. The conditioned speed is too fast for the bugs running for cover. Without such all humans would succumb to the bugs and rats.

Confused enemies, routed through mistakes of lust for control too quickly, now exposed and doomed.

The grace of YHWH enabling triumph through righteousness which guides the hand even of the meek against the fists of tyranny and darkness to victory.

I have no doubt that as the nation moves forward under it’s current tyranny of leadership a class of individuals will emerge, one in which our enemies have no understanding of their capability or mental prowess wherewith they already believe they have won this epic fight.

Our enemies have little training. They are weak and their strength lay in deceit and evil. Their confidence is in their plots of evil and their hope is their snares and traps laid for humanity.

Like the burglar or robber they know justice will catch up to them. Their guilt chases them. Villains awaiting their doom and they know it. YHWH will glorify His name in righteousness, showing the difference between light and darkness.