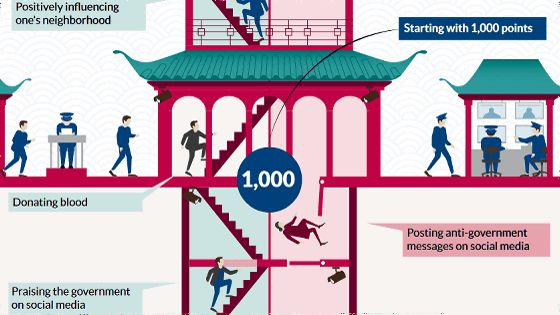 For those who are naysayers about China’s social credit system, I ask, have you looked at the data?

Now before I am accused of being a cheerleader for the CCP, those of you who know me would laugh at the statement, I will point out some vast differences between Asian and Western culture.

China’s tech of social construct, and I want to make this clear, IS NOT applicable to a U.S. model. Our government should understand that the circle is not going to fit the square and they can waste trillions of dollars in an attempt to make Asian systems conform to U.S. citizens by apparatchik if they wish and throw money away to rebellion.

That being said lets look at the merits of the Chinese system concerning good deeds.

The Chinese, like India, have a massive responsibility for social cadence that U.S. policy makers simply can’t understand.

Their medical system does not run like a ponzi scheme compared to the U.S. and they do not have social unrest similar to American values. In general, Chinese citizens don’t think like westerners and are more community centered simply out of culture.

In China, lets say you need a bus or train ticket to vist your family outside the province you work. You go to the bus station to buy a ticket at the counter only to be told your credit score is too low to purchase a ticket. Now what?

Well you have options that center around doing good for the community and decide to go give some blood. After all the Covid inspections, hopefully avoiding quarantine, you give blood and the office issues “points” to update your social score. I’m being loose with how it works here.

You then go and do some community work to add additional points by seeing a community “point logger” who carries around books of points and names, which immediately makes us think of Gernam Nazi’s saying “show me your papers.” In China, however, they do not have this stigma from movies and history.

Without going into detail of how long it takes for your score to get back up to purchase a bus ticket, China reps explain how that works, you’ll be able to go back to the bus station after doing some good deeds for the community and go visit your family.

Caring for your family also grants points to social score. We can see how this system of rewards for “doing good” can become the norm of everyday life and is an updated concept by cummunist ideology to rid mankind of sin, or things that could hurt your neighbor/community.

Religion takes a back seat in China’s vision of unity.

In an ideal world this sounds ludicrous as compared to an American society where getting on a bus or hopping in a car to go to work has nothing to do with social restrictions and keeping order over a billion people scrambling daily.

The United States has a population of close to 340 million stretched over a broad landscape, whereas China has close to 25 million in Shanghai alone from their 1.4B+ population.

Imagine an overflowing ant hill every 5 feet compared to a small mound of ants every block – if we’re comparing housing/circulation of U.S. and China demographics. Toilet paper alone, without proper rationing, would get out of control very quickly.

The small things China worries about on a daily basis for oversight on such a huge population, cannot possibly be compared to American consumerism at such small population comparables. 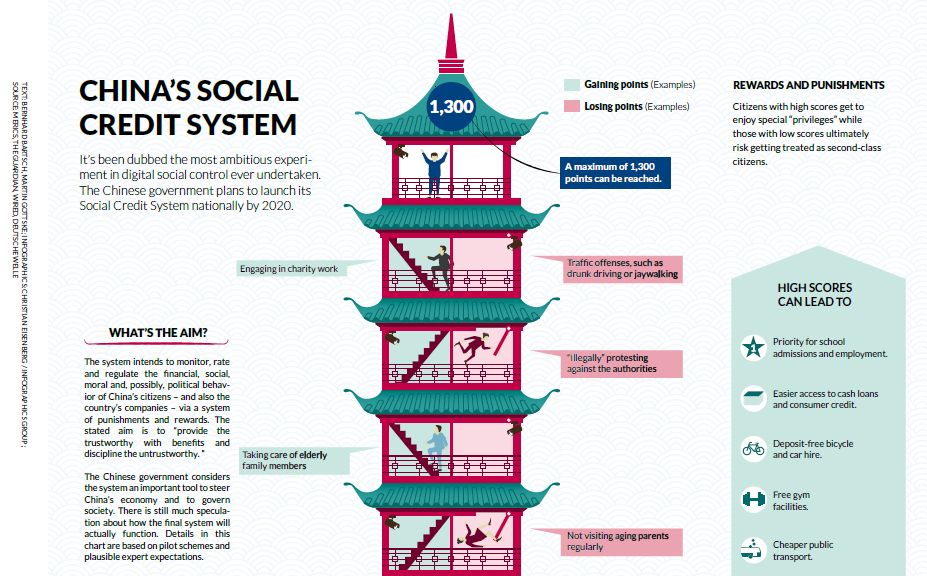 In fact, U.S. consumption of 19M+ barrels of oil per day (up 5M from the late 90’s) would be outstripped by China 3 to 1 if the flow of black gold could be supplied. That’s not possible at our state of current tech and demand. Nor could China possibly keep up with such a demand, thus, their need for greater discipline when it comes to consumption.

China, in it’s responsibility to the rest of the world has limited it’s consumption beyond anything U.S. policy has demanded, for the simple fact the Chinese are fully aware of the timeline for commodities to “dry up” or reach apex, spiralling currencies and distribution out of control.

As compared to financial regulation, there is no comparison concerning transparency of China vs USA as to regulatory abuse. China scoffs at Fed money management and righfully so.

U.S. institutions have become criminal enterprises with no transparent oversight to congress from the Federal reserve itself. All attempts at putting privately managed Federal Reserve candidates before congress to explain “trillions missing” has resulted in nothing more than back-door negotiations for above the law litigators.

This proven unsustainable practice will either catabolize to complete ruination, or these managers of fiat will be absorbed into newly invented regulation out of necessity for survival during digital transformation – they just don’t know it yet. Fiat printing institutions will attempt to cling to ownership of digital currency, rather than a communal system to their own eventual demise, or takeover by entity who do enbrace communal currency deemed ecosystems by Harvard and London players who wish to control narrative, history, and dictionary words.

In China, financial mismanagement is handled without mercy and the reason China raises an eyebrow on human rights finger pointing from U.S. legislators. Federal reserve managers would not survive managing the Chinese yuan, but would find themselves quickly jailed for life or worse based on their trek record of abuse concerning the U.S. taxpayer and management of the treasury.

We could also argue human rights on the side of China as the downside compared to American crooks running fiat. If China were to clean up it’s act concerning abuse of it’s rebellious citizens, meaning no torture and slave labor, then we would undoubtably do business with them again.

Until China publicly address these uncomfortable mistakes and amend their ways they will remain a pariah in many regard. It’s impossible to hide data from their citizens. I do recall China demanding apology from Japan for WWII atrocity and I think China would be wise to address their own mistakes in order to keep their respect and dignity.

I have no doubt that if the current managers of China spoke up, confronting abuse of muslims within their borders, child labor (which is forbidden for U.S. military logistics), and those considered “low credit” citizens I have no doubt the world would embrace China as having transparency of human rights in place.

The key to any responsible government for longevity is transparency. That is why political regime in the U.S. is crumbling – no transparency and the citizens can see their lies. China has shown themselves to be a leader in social construct and the only limitation they have concerning further financial growth will be their ability to convince nations that they are not slave labor taskmasters, nor persecutors of those who have separate ideology.

The ability to be transparent also showcase the actions of other countries malfeasance and puts them to shame when a country rises up to take responsibility for their own actions. While committing to limit atrocity such as how we handle prisoners and labor camps define the world’s reaction going forth and determines real change and human care.

China needs to understand the world sees everything they do based on information technology under Moores law. Moving forward by mitigating citizen abuse through transparency is the only real hope of staying ahead of cultures fiscally.

In regard to limited consumerism, this has never been a joint European or U.S. major concern for it’s citizens, althought the UN Agenda 2030 was designed for this goal of realizing a modelled stance against consumerism. Agenda 21 was surpassed with all ambitions of any format of a draw-down as unrealized.

This is why the WEF has taken action to “reset” production/industry to force a discipline on all markets to 3/4 close the spicket of commodity consumption, albeit, with hegemony for their members.

WEF actions were not without dramatic risk and unpredictable damage and not without blowback. Ingredients for disaster, and utter destruction is what their model is turning out to be with electric management predicted as a complete loss from peer reviewed science. The WEF can only offer a VIP ride to medieval times with a large death toll to boot.

Concerning vaccines in the mix of this dystopian push, China could have realized their vision without it. The tech push for controlling patents didn’t allow a comprehensive study, but rather an “all in” approach to beta test (bayesian) outcome and results to mitigate apex consumption, birth rate, and control biometric function.

Very advanced compared to Hollywood propaganda drivel and consumerism put out by groups who control commodity consumption, media, and video games in America.

One could argue that central bankers are “behind everything,” but that’s just propaganda. Each country has it’s own model and responsibilities to their culture based on tradition stemming between 200 and 1200 years.

What works for China cannot possibly work in America, or the Netherlands for that matter, let alone Switzerland, unless forced and rebellion put down. The Dutch have their own behavioral modelling.

In simple terms, this means Republicans and Democrats get to watch as China surpasses social construct tech, like kids getting into school by facial scanning, and compartments monitoring sleep, sex, disease, and heart rate (bios) all at the push of buttons on LCD screens.

Lobbyists in the U.S. can only dream of installing such tech, and we can see why based on the efficiency of the system, the control modulus, and determinative factors for economy, morbidity and pre-planned selective breeding.

That being said, I won’t go into U.S, systems to keep up with China in this field – as we can’t, simply due to our own laws. This is why you see many lawyers and political personnel saying “the constitution needs to be updated” in regards to keeping up with Asian systems surpassing.

So yes, the Chinese modern communista or community system has it’s merits concerning keeping society in check for over-population, crime, medical care, distribution, and more importantly family values. China would like to keep it’s traditional family values still intact after a 70 year purge and this will be difficult for them to do so while maintaining control and rebellion at a minimum. Aggressing the genome is a fine line.

China understands they must not lose themselves to the tech they have embraced to keep their society from annihilation, but this comes at the cost of freedom and choice that we as Americans are unwilling to give up without a fight. 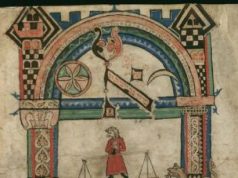 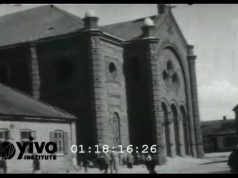 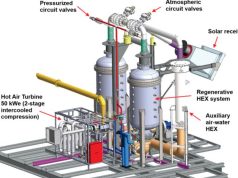