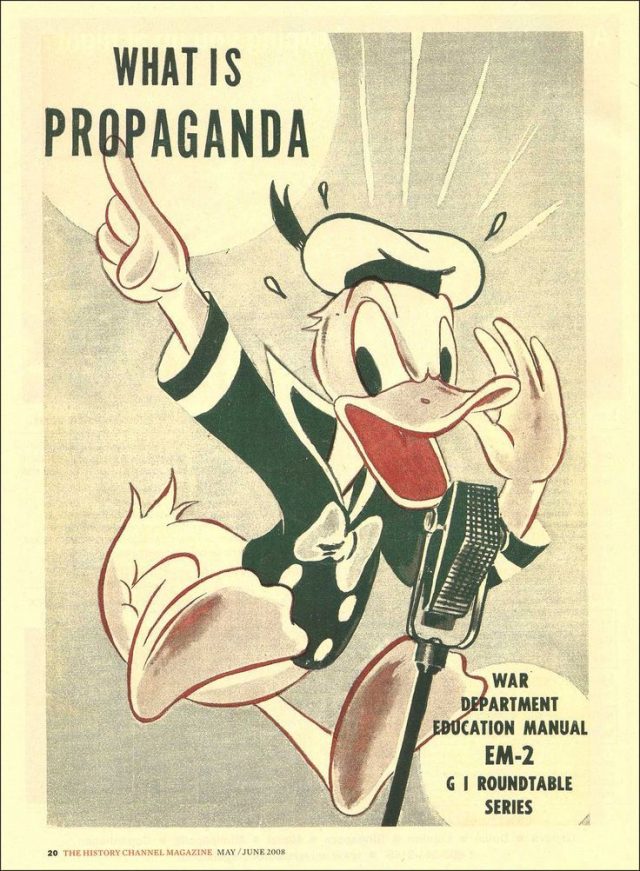 Much like during the 1960’s Soviet Express, the USA and much of the world is hemmed in with a cultural explosion of propaganda.

From Covid-19 to White nationalism (notice I capitalized) you are fighting a war for your mind every minute of every day.

Sure, in 1960’s America there was a war for your mind to buy a certain color car, that new vacuum cleaner, toaster, and state of the art washing machine.

Drugs became the next war for the minds of youth and women and were a #1 target for the new popular trend of consuming Valium. Through the onslaught of advertising by Arthur Sackler, the pharmaceutical King, Valium became the #1 sold drug in America and the “pill poppers” were born.

Now it’s a war for your very thoughts, your opinions, your very soul; who you are as a created being by YHWH. This war will rage every moment of every day for the rest of your existence in modern society, this new world order, if you can call it that.

If you use Firefox as a browser, under tools>options>home you will find this:

Above you’ll see “Recommended by Pocket” and sponsored stories. Those sponsored stories are the brainwashing type that “psychological academia” and “corporate ad placement” want you to read and believe as facts for your life.

You’ll see articles on anything from “why dairy is the enemy” for the purpose of selling oats and why “Bees are killed by Almond trees” rather than Monsanto insecticide.

The sole purpose of course is advertisement and changing your psychological thinking and decisions about what to purchase and who to “blame” for the worlds problems – especially about the completely hyped green house gas emissions.

It is an onslaught across the commercial web vying for your mind and the control thereof and many a fool are taken for a ride.

Here is a snippet from Emma’s paid for article,

“Humans are doing pretty well: We tend to live as many as fifty years longer than some of our great ape relatives, with whom we share over 99 percent of our DNA.

Now an uneducated person might believe this pure propaganda that academia, for a very specific reason mind you, wish you the ignorant out there – to believe.

The fact is there is NO truth to this statement “our great ape relatives, with whom we share over 99 percent of our DNA,” none whatsoever.

The so called educated doctorates around the world are told this animal fallacy and the foolish believe it. The Jews understand this comes from Talmud.

This is also why you see Israel and Jews so adamant in proving they have separate DNA from “average Caucasians” in a mad attempt to prove they DO NOT have animal DNA like you – but superior, non animal DNA, as Talmud describes.

Talmud ideology teaches that Jews are of one specie and gentiles of another, namely beasts of the field. Thus, the ridiculous evolution chart of apes evolving into upright man dubbed “March of Progress,” and “Family Portrait” as seen in every high school around the world.

Most of you out there believe this written fiction as a truth for yourself, whereas this was simple propaganda to inundate your mind with a belief, or a cognitive dissonance against Creationism, or Christian belief.

Jews have no hang ups about this kind of thing, “ape evolution,” as children are generally reared in yeshiva where such thinking is looked upon as a joke and gentiles are looked upon as subspecies for recognizing they are apes.

The fact you recognize yourself as evolving from apes justifies Talmud conditioning in stating you are animals, but that grain may be too tough to chew for the initiate.

Are you starting to see a different picture?

Yet the uneducated are not privy to these facts – you are told a different narrative, a fiction.

In fact the majority of the world population knows nothing about recombinant RNA, or genomes for that matter. Those who proclaim to be scientists or doctors are generally paid speakers, not putting forth their actual thoughts or science, but parroted philosophy as they are told to repeat.

But who is Emma Betuel and why would she write fantasy as if it were non-fiction? Well let’s take a look at some of her articles.

According to Inverse, “Emma is a writer based in NYC. Previously, she covered health and biology for WBUR’s Commonhealth blog and The Borgen Project Magazine. Last year, she spent too much time reading Darwin’s notes on pea plants. She recently started questioning the nature of her reality.”

Here is an employee review of the Borgen Project

“It was a complete waste of time. You are required to raise money and it mostly just goes to printing ugly shirts and sending Clint to DC. I learned nothing and I was supposed to be a Political Intern BUT ALL I DID WAS MAKE JOB POSTS FOR 8 HOURS A DAY.

Do not waste you time and volunteer for something else. This is barely an internship.

Practically a pyramid scheme. All these “interns” raising money to send one man to talk to people at DC.

This non-profit is practically kept alive because of desperate college students looking for internships. Don’t let him take advantage of you.

When I was on the team, the HR interns didn’t even really pay attention during interviews. My friend told me that if she was having a bad day, she would just deny people all day. Same with the “editors”, half of the articles aren’t even read thoroughly and they leave no beneficial feedback.”

In short, there are a myriad of Borgen Projects around the nation seeking desperate college students to propagate university and academia myth, propaganda, and woke philosophy (anti-white) to the masses.

That’s why this is an effective system of propaganda. College kids just want a job and have been taught to be critical, compromising, and especially tolerant when it comes to a job opening or paycheck.

Like Emma, college graduates have a choice to take a sellout job to be a propaganda puppet for the satan machine – the controlling of all minds and wills for the destruction of humanity.

Let’s look at some of Emma’s article titles:

To the trained eye and amateur, the confusion principles, misdirection, fear tactics, and propaganda technique are oh so clear in Emma’s articles.

No different than Nazi propaganda aimed at the German youth for the purpose of genocide against Jews. This time, however, the genocide is aimed at white Christians, or any race, creed or color that identifies as Christian or non supportive of segregation, hate, LGBT, and the rebellion against Law Enforcement.

These are hallmark staples of Marxist philosophy and Nazi propaganda as seen so many times before – yet the population falls for it again – why? Advertising is effective, it’s a numbers game simple as that.

If you read any of Emma’s articles, you are literally wasting your time reading propaganda and reading completely funneled brain washing data direct from party officials, pharma companies, National Health Directors, and nefarious organizations funded by the Rockefeller Institute amongst the top five “social psychology” organizations of which I will not mention.

If you are a Jew and part of the process with these evil organizations who spread this propaganda then you might as well have aided Hitler in the destruction of the Jews.

I don’t care what you are told, or what the philosophy is, if you are Jewish and a CEO or employee of these organizations then you are directly against the Jewish people, not for them, and wreaking havoc in the world. YHWH will recompense.

Paid for snake oil academia is intent on controlling your thought patterns every minute of every day. How you view society, yourself, your parents, your interaction socially, your sexual desire, the family unit, birth and death, and confusing all of this in a quagmire soup for distraction.

The end goal is dehumanization. Never to look at another gentile as having a soul, but a mere animal that is a competitive threat to your manufactured environment.

If you are a young person and want to be like Emma, just know you are selling your soul to be a mouth piece for the corrupt for a paycheck. What Emma is doing is helping corrupt individuals to more easily herd the masses into depopulation and commitment similar to the Nazi campaign against the Jews.

A puppet parrot, who cannot think or reason for oneself, but must spew out the lies of corporate power and satanic philosophy to destroy souls.

All will be accountable for your actions in life and the way you live is determined by your decisions, which determine your eternal fate.