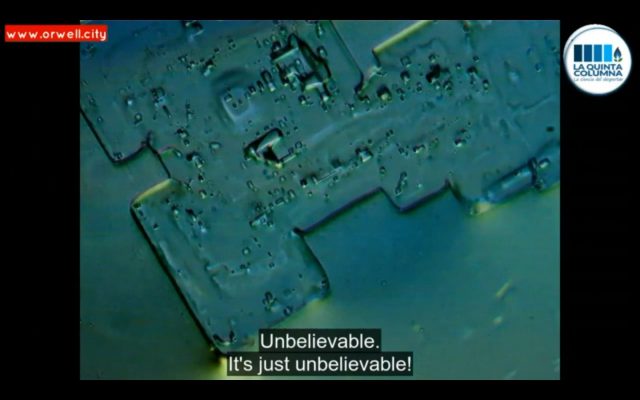 “I am prepared to sate and to prove that that means its not the same material in the lots that produced bad side effects. What I’ve just told you, may not appreciate the significance of it. It’s not the same stuff, so if you though it was Pfizer Biontech Covid 19 vaccine that was used in the clinical trials, um, some of the batches contain something different. I, I, cannot know what it is, but it’s definitely not not the same stuff. It’s not the same stock in every vial so we know criminal acts are being committed.” [sic] Dr. Mike Yeadon, Fmr. Pfizer VP Respiratory Research Division 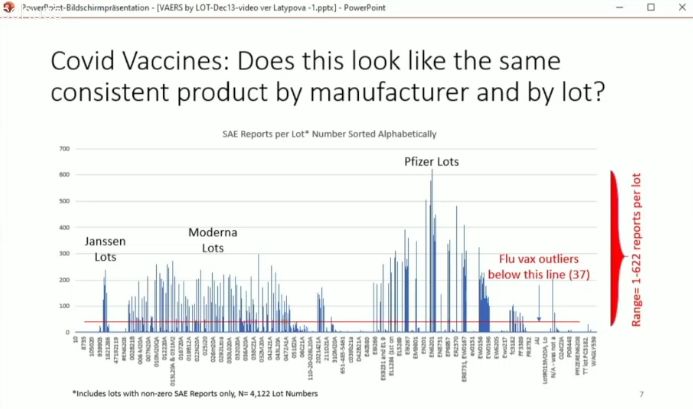 Well Dr. Yeadon we know what it is and what’s in it. As do many, many independent labs all over the world and each government is fully aware. A short list of Nps, nanotubes, ribbons, swimmers, and plasmonic bowties, when observed assemble in various formats, in essence self-propelled nano microparticles by various method:

Ferrous NPs (iron particulate), Ferritin Nanoparticle or ferrimagnetic, their orientation can be controlled by a homogeneous external magnetic field. For (super) paramagnetic particles, an inhomogeneous magnetic field can be used to control the particle orientation. Collective guiding of acoustically propelled nano- and microparticles for medical applications.

Clearly this has been attributed in colloidal suspension for some time, studied under observation for years, and I would think that competitors of such are well versed in application as leading the industry currently.

Which lead us to the conclusion and utmost importance in defensive measures aimed at protecting civilians, military operations, tier 1 logistics, and critical infrastructure.

DO YOU OWN A BUSINESS?

If you do and you comply with any government mandates that made your employees get vaccinated your company can be sued for damages.

IF YOU OWN A COMPANY AND APPLY VACCINE MANDATES TO YOUR EMPLOYEES YOU WILL BE SUED FOR ANY LIFE THREATENING DAMAGES THAT HAVE OCCURRED AND WILL OCCUR.

Unlike Pfizer, Moderna, Astrazeneca, and J&J your company DOES NOT have exemption. AND if you apply vaccine mandates you can be and will be sued for damages IN PERPETUAL.

This was to bankrupt you, if you haven’t figured that out yet.

It’s not some alien conspiracy or some ridiculous nonsense or any conspiracy theory, but an act of treachery. An assault on cultures the world over and all governments must act to protect their citizens now against such terrorist acts by CEO’s and corporations currently escaping from justice departments that will be deliberating litigation for the next decade.

And we report similar to Dr. Fuellmich statements and the data will be tough to deny in civil litigation at this time. Needless to say there are thousands of lawsuits growing by the hour.

I think it’s safe to say it could possibly be the largest Federal Rules of Criminal Procedure disaster for a standing President since the formation of the United States.

FDA GMP is completely tossed out the window. “Adulterated” is an understatement. What happened there? This should be a top ten question asked at the Senate hearing. 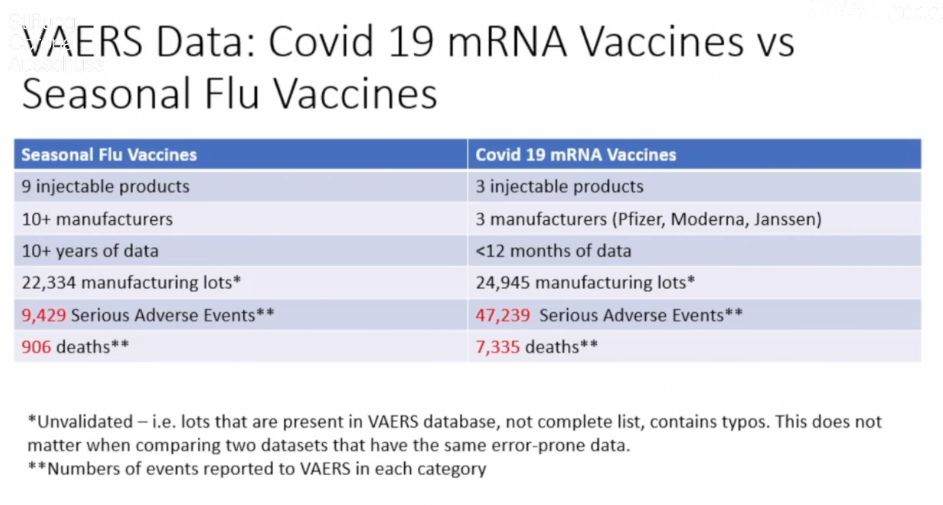 In my time I have never seen such a sham and lawyers ALL OVER THE WORLD are drooling to get at it. There are over 100K citations on the deposition right now and by next week I imagine it will be in the millions regardless of the media suppression.

If I were sitting at the round table of my 120 year old law firm, I would say, “Money is no object, get to work on this.”

If there are no indictments at the GMP level then all I can say is there needs to be a reset with this charade of an organization. An investigative committee should be enacted immediately outside of political control and regardless, the burden is going to be on the FDA to prove you didn’t have a hand in soliciting the end result of a breached GMP that could be defined under mass killings 28 USC § 530C(b)(1) in a court of law , or violation of Federal/State law in abundant formats.

Saying you’re a government reporting office and not responsible is not going to work on this one. There are just too many violations regarding Executive Orders and coercion/collusion on part of the Executive administration. What a mess. Sounds a bit to me like the work of high profile attorneys who lost to our organization years ago. You listened to the wrong guys is all I can tell you.

The 2nd tier, which includes all scientists who are “cognizant,” or will have knowledge shortly, are speaking openly, so who cares what is pandered by propaganda or politicians.

World leaders can hash it out amongst themselves in regard to defensive deployment, but we have to roll up the sleeves as we did during WWII and get to work on remediating this disaster. How governments proceed in this delicate cellular matter will determine the fate of the future to be sure.

Concerning Npmof’s, I would like to point out that although technical data as suggested convey inhibition or excitability for both ACE and mPFC, I digress logically to the comparison of a computer from 1984 to what it is 2022.

mof assembly can be permanently infused into neural tissue and excited through photobiomodulation, or THz dispersal (update), with further assembly through vaccine, Flu, or any booster format.

Covid-19 vaccines are not a train of boosters, as every immunologist knows. There is no such thing as “boosters” for a vaccine. No vaccine has a train of boosters, so whatever they are telling the population is pure hogwash. Boosters are for the purpose of mof assembly.

Federal and State departments, whichever ones are still loyal to the constitution and the American people, cannot possibly trust any manufacturing Pharma company after this indictment. The major problem being observation by “quality control” at the micron level.

Without quality control you have a bunch of rogue cowboys destabilizing nations. And predictions centering around Epstein-barr can be seen in advertising across the board:

All the DOJ has to do is get them on the legal stand and ask the questions. What can any vaccine company do, hide the vials? Any amateur can perform spectometry so I can imagine there is more nefarious activity that should be engaged by Federal departments now that we have examined the vaccine ingredients and the U.S. Army has made it’s statements.

“AT A MINIMUM, based on my reading, one has to conclude that if this report holds and is confirmed by others in the dry world of life insurance actuaries, we have both a huge human tragedy and a profound public policy failure of the US Government and US HHS system to serve and protect the citizens that pay for this “service.”

“It is starting to look to me like the largest experiment on human beings in recorded history has failed. And, if this rather dry report from a senior Indiana life insurance executive holds true, then Reiner Fuellmich’s “Crimes against Humanity” push for convening new Nuremberg trials starts to look a lot less quixotic and a lot more prophetic.” https://rwmalonemd.substack.com/p/what-if-the-largest-experiment-on

While Dr. Malone consults insurance numbers through news articles, which we have done months ago at the source, we have moved on to understand tech as it comes to market at both the academic level and military logistic level.

And anything you do to catch up in understanding through visual application must take place naturally under observation and thus would require some 20,000 hours of progress in that regard.

Heretofore, such methodology will have advanced by an unknown factor currently and be that as it may, we can conclude defensive deployment should be considered paramount for maintaining any decisive regulation concerning manufacturing, supply, clinical application, and the abundant black market commodities that will ensue.

An anonymous reader quotes a report from Gizmodo: A team of researchers at France’s Research Institute of Computer Science and Random Systems created an anti-malware system centered around a Raspberry Pi that scans devices for electromagnetic waves. As reported by Tom’s Hardware, the security device uses an oscilloscope (Picoscope 6407) and H-Field probe connected to a Raspberry Pi 2B to pick up abnormalities in specific electromagnetic waves emitted by computers that are under attack, a technique the researchers say is used to “obtain precise knowledge about malware type and identity.”

The detection system then relies on Convolution Neural Networks (CNN) to determine whether the data gathered indicates the presence of a threat. Using this technique, researchers claims they could record 100,000 measurement traces from IoT devices infected by genuine malware samples… “Our method does not require any modification on the target device. Thus, it can be deployed independently from the resources available without any overhead. Moreover, our approach has the advantage that it can hardly be detected and evaded by the malware authors,” researchers wrote in the paper.

Yes and we are communicating with THz band; the commerical market is awakening to this fact. It’s about time everyone get off their butt and recognize the threat IS REAL and recognize the irresponsible morons who unleashed such on society, namely countries who have already put in place lotteries determining the fate of humanity.

Our foe has entrenched themselves in heaps of money for legal, security, and economic control, however, as history prove none of this matter against a determined will of the people.

Please try to catch up on the data as many lives depend on prudence. These Covid “vaccines” or Nps have altered the landscape of humanity and NO vendor should be able to compromise entire populations of cultures.