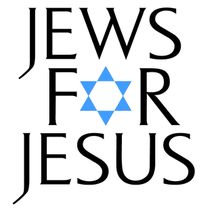 Oh we see it all the time the Christian bashing, Jews for Jesus bashing – anything to do with belief in HaMashiach bashing, stomped upon by pretend non-practicing Jews.

The fake Jews, who pretend to be part of Judaism, having no knowledge of Tanakh whatsoever, other than what is told to them by someone else and yet they form such opinions of stupor regarding such.

Now, I don’t represent Jews for Jesus and I am not part of their organization, but I am a Christian Jew who witness the fake Jews hate and their lack of anything that makes them a part of Judaism.

Moreover, the malignant mind set of those who wish to be part of Judaism, but do not possess the fortitude to actually serve YHWH. It’s more than just saying you’re a Jew – you actually have to believe and follow YHWH with all that you are.

Bloggers like Brian Gordon from the U.K., who admit to not being raised in any faith, push the hatred of Christianity, just as Nazi’s pushed hatred for Jews; yet these pretend Jews never partake in Judaism themselves.

Moreover, these fanatics push any personality that has anything to do with being Jewish, as long as they are not tied to Christianity in ANYWAY shape or form.

“A precocious child, Alyssa declared herself an atheist in her early teens, and while she never denied her Jewish heritage, she also never softened her opposition to religion or any other form of “mysticism.”[1]

And yet Brian Gordon quotes Ayn Rand in his article “Egoism and Capitalism vs. Altruism and Communism,” in an attempt to justify the psychology of Kabbalah altruistic communism by Baal HaSulam.

This deranged analogy between Torah and communism easily captures the dimwits who fall prey to it’s vices – namely those pushing world peace.

In my previous article Sages, I lightly discuss the beliefs of false prophets and here we have the results – a non-practicing fake Jew, Brian Gordon, taken by the mysticism, like so many celebrities and cults deceived by their charming eloquent masters.

Hypocrisy has no end.

It doesn’t matter that your family was murdered in the holocaust when you’re a Christian Jew – the fake Jews laugh in your face and tell you, “you’re not a Jew” when they never even held a Bible.

These pretend Jews have the need to be part of something they see happening – the great gathering of the Lord my God. The gathering of Israel from the four corners of the earth. They don’t understand what is happening; they see it and want to be part of it, but the wicked shall all perish with Yom YHWH.

Over half of Israel is secular, but it doesn’t stop there.

This hatred ideology from pretend Jews like Brian Gordon and his ilk spout nonsense such as this,

“It is (Jews for Jesus) propagated at street level by a motley mixture of crackpots and social misfits, many of whom are not even Jewish,“[2]

“It would be useful to know how many innocent Jewish people have been influenced and ‘converted’ by these missionaries.”[a]

Such a silly statement/question asked by pretend Jews who have no idea how faith even works.

“Yes, Jews for Jesus promotes views that are religiously provocative. So too in the eyes of orthodoxy, does reform and liberal Judaism, whose clergy preach many concepts that are halachically and biblically false…”[b]

How would you know, do you study Torah daily? Do you even know how many Positive Mitzvot there are?

Halakhah is comprised of:

The drivel laid out by many a pretend Jew is boundless, yet we who follow and serve YHWH must pray for these lost souls to be redeemed. They push hatred – we must push tolerance, charity, and prayer for their soul that they might let go of the hatred within their heart and receive the salvation only Yeshua HaMashiach can offer.

When I say tolerance, I don’t mean tolerance as liberal justification, but tolerance of heresy by non-believing Gentiles & Jews. We as Christians must pray for their souls for their redemption. Even as Adonai has said, “Love your enemies and those who despise you.”

Even the Jewish Virtual Library pushes the adultery of Ayn Rand and her atheist belief, but hey, as long as she can be identified as a non-Christian Jew!

“..it was inevitable for a physical passion to develop between them(Ayn Rand & Nathan Blumenthal)-and unthinkable for it not to be fulfilled, despite their marriages and the twenty-five-year age difference. When Atlas Shrugged appeared through Random House, after a search for a publishing house that would not cut her work-it carried a joint dedication to her husband and lover”.[3]

This type of thinking within modern Judaic communities are becoming more and more hostile to Christianity, when in fact, belief in Jesus as Messiah is modern Judaism. Yet the perversion of Israel will continue until the return of the King, Jesus HaMashiach, as promised through David.

As we watch the heretic false prophetic teachings of mysticism grip the world, souls like Brian Gordon shall be snared, the blemished sheep, and spread the blasphemy of Baal the false god which propelled the diaspora and destruction of Beit HaMikdash.