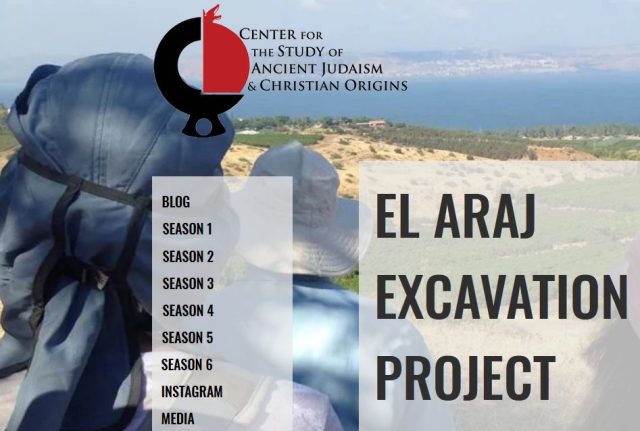 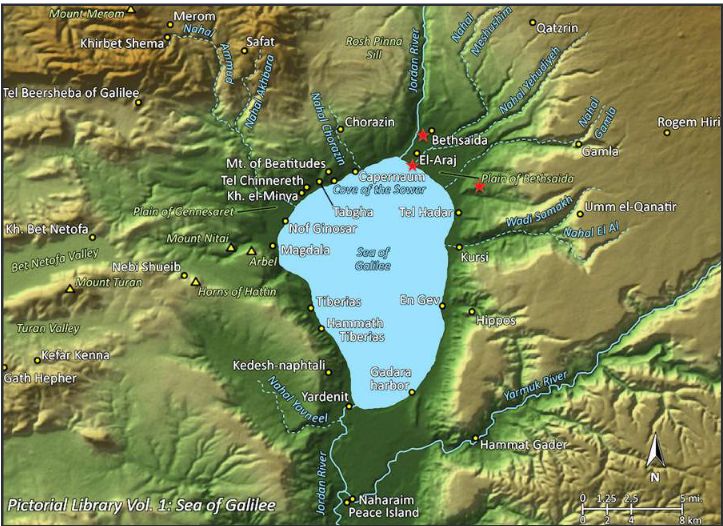 Where is biblical Bethsaida? full pdf

“The El-Araj Excavation Project has announced the discovery of a mosaic inscription referring to Peter in a Byzantine church at the site. El-Araj is one of two sites (the other being et-Tell) that claims to be the biblical town of Bethsaida, which later became a city and was renamed Julias. Dig Director, Mordechai Aviam, from the Kinneret Institute for Galilee Archeology at Kinneret College on the Sea of Galilee, and Academic Director, Steven Notley from Nyack College, believe the Byazntine structure they have unearthed is the church at Bethsaida described by the pilgrim Willibald in AD 724 that was said to have been built over the home of Peter and Andrew.

The recently discovered mosaic inscription begins with the phrase, “Constantinos, the servant of the Messiah,” assumed to be the donor, and references the “Head and Leader of the Heavenly Messengers,” a phrase used by Byzantine Christians to refer to the Apostle Peter. The researchers at El-Araj believe this discovery indicates the church was dedicated to Peter and that this is further evidence that El-Araj is the site of biblical Bethsaida, the hometown of Peter, Andrew, and Philip (John 1:44) and the village that Jesus actively ministered in (Matt. 11:21).” https://biblearchaeology.org/current-events-list/4926-mosaic-inscription-unearthed-at-el-araj-that-refers-to-peter