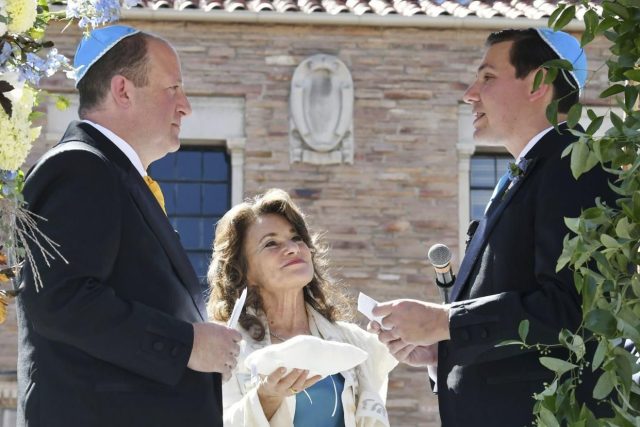 Since your organizations are going down for transgendering children and all your filth, I want to make it perfectly clear to the general public that the Jewish community has no part of the “same sex marriage” reform crowd “claiming” to be Jewish. In order to be considered “Jewish” you actually have to believe in the holy, blessed name of YHWH and follow Torah.

And I’ll say this again and argue this with ANY supposed rabbi or politician – TORAH FORBIDS SAME SEX MARRIAGE.

Since this article has been authored I am seeing a slew of propaganda by your paid for mouthpiece’ trying to advertise to Americans and all us Jews that transgender criticism is anti-semitic. Ha! The only thing anti-semitic is your political groups pretending to be us. Pretending to be Jews so you can hide behind anti-semitism while doing everything that violates Torah!

We are not tricked, but disgusted at your antics to the goyim, while taking advantage of our community who fear Ekhad YHWH. Leaders who stand up and promote your filth they are simply Haman or Antiochus, who did the same, attempting to destroy our culture and faith. When you meet us in public and at committee meetings we will greet you with the name “Haman,” so all Jews will know of your Purim.

You guys think all the Jews who love America and follow Torah are going to go down with your ship like we did in Poland, NOT THIS TIME!

You guys believe putting on a kippah for a camera or funeral is like a super hero cape. For those who went to Yeshiva as children, when did you decide that you can still be part of Judaism when you don’t believe in G-d and don’t follow the mitzvot?

It’s no different than someone who says they’re a Christian, but then denies Jesus as the Messiah!

Saying, “I’m Jewish because of my parents” does not make you believe in Torah or YHWH. In fact it’s worse, because you trick good people into believing the bad stuff you are doing is from a G-d fearing person. Those who do so are eroding our communities. You are making our neighbors hate us for what you are doing to society, their kids, their schools, their way of life – turning it upside down and we will not be a part of it!

I have examined newspapers, blogs, and websites the world over through computer models and there is overwhelming outrage from gentiles. They are blaming ALL Jews the world over for what your groups are doing. Did you hear what I said? I’ll say it again.

ALL JEWS ARE GETTING BLAMED FOR WHAT YOU’RE DOING!!!

All the G-d fearing Jews are getting blamed for what you are doing! You should be ashamed of yourselves. All the suffering of our people in Germany, Russia, and Poland, my family in Dachau, Auschwitz, Flossenburg – you disgrace our families and their suffering.

In the Jewish community it is only forbidden to publicly out another of our community UNTIL they become apostates. Then we are obligated, commanded by YHWH to chastise you – to turn you from your sin so you are not kareth.

Don’t include us Jews who follow Torah as community to your perversions and the destruction of America and it’s institutions. You political groups and corporations did this to yourself! You disobey YHWH and violate Torah at every step. Your misuse of Tikkun Olam and misinterpretation of TaNakH is unacceptable. You apostates have gone off the rails completely. Repent from your sin or be cast from your positions and the land as YHWH promised. We warned you but you don’t listen and now YHWH is getting His vengeance.

The Jewish community refuse to bow down to the Haman’s and all fakes claiming to be “Jewish” who wear Haman’s clothes have started a new antisemitic pogrom. YHWH is dividing you from among us.

Never Again means we will not be coerced to join your filth. The Jewish community although enticed by money and position will not be led into the abyss by political rabble who refuse to follow mitzvot and remain stiffnecked villains. You have chosen your path of destruction and may YHWH have mercy upon us who choose not your path that degrade so many, upend families, and pervert all that is good. We pray in unison both for your souls and that your wickedness be removed from our communities.