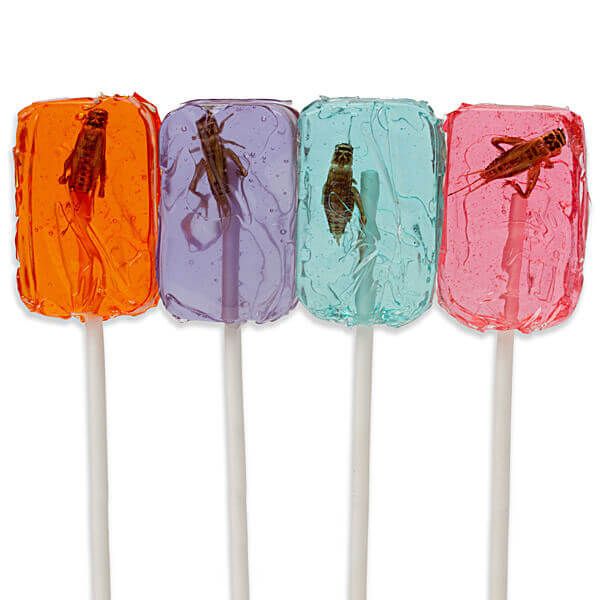 You’re going to be eating crickets, so just get over it

“When my friends Amelia and Adam arrive, we all sit around my dining room table to eat bugs, with two vital ground rules: No Jiminy Cricket jokes. And don’t look the crickets in the eyes.

At first, silence — occasionally punctuated by the barely audible crunch of bugs meeting teeth. But quickly, we’re erupting in nervous laughter. The taste test moves on from single crickets to bugs straight from the pouch, a few at a time. The whole-roasted crickets — which come in flavors like Totally Taco, spicy hot, sea salt and vinegar — are small, brown and give off a vaguely malty smell and taste that seeps through every seasoning. We crunch, chew, swallow and feel around our teeth for bug parts that get left behind.”

Well, enough of that from a CBS drone.

I won’t go too deep into Erin’s propaganda piece from the masters of propaganda, but I will add that it’s hard to believe reporters/journalists, writers, and literary agents are paid large salaries but hardly ever stop to educate themselves on what they’re actually reporting or propagating to the American public.

They really do make you believe the Kissinger report, Schwab, Harari, Cambridge, Harvard, Tavistock institute, and even the Kremlin when communicating about mindless drones.

They prove it by simply being ignorant to reality of who is pulling their strings and why.

Why can’t these so called reporters take five minutes out to read a military or technical manual not only on pathogens, but on psychology documents that determine global policy?

Or how about the 1979 tech manual “Silent Weapons for a Quiet War” in which states,

“Since energy is the key to all activity on the face of the earth, it follows that in order to attain a monopoly of energy, raw materials, goods, and services and to establish a world system of slave labor, it is necessary to have a first strike capability in the field of economics. In order to maintain our position, it is necessary that we have absolute first knowledge of the science of control over all economic factors and the first experience at engineering the world economy.”

Journalists wouldn’t know about that due to the fact their too busy getting paid to be stupid by CBS and unable to read or think for themselves.

So they spout out SDG nonsense that aids in their eradication.

They were once smart high school kids what happened?

Well according to the technical manuals it’s pretty easy to control energy and society as they both operate under Leontief Matrix. Data examined under economic shock testing, as done since Harvard’s economic research project from 1948 determines validity of the following,

“This public behavior is surrender born of fear, laziness and expediency. It is the basis of the welfare state as a strategic weapon, useful against a disgusting public.”

No doubt, CBS employees prove surrender with their literary drivel and lack of care for their allegiance to their own destruction.

The findings conclude and make apparent the dumbed down brains of journalists across a once prolific media landscape,

“The quality of education given to the lower class must be of the poorest sort, so that the meat of ignorance isolating the inferior class from the superior class is and remains incomprehensible to the inferior class. With such an initial handicap, even bright lower class individuals have little if any hope of extricating themselves from their assigned lot in life. This form of slavery is essential to maintaining some measure of social order, peace, and tranquility for the ruling upper class.”

“Since most of the general public will not exercise restraint, there are only two alternatives to reduce the economic inductance of the system.”

(1) Let the populace bludgeon each other to death in war, which will only result in a total destruction of the living earth.

(2) Take control of the world by the use of economic ‘silent weapons’ in a form of ‘quiet warfare’, and reduce the economic inductance of the world to a safe level by a process of benevolent slavery and genocide.

Which leads us to understand,

“Since energy is the key to all activity on the face of the earth, it follows that in order to attain a monopoly of energy, raw materials, goods, and services and to establish a world system of slave labor, it is necessary to have a first strike capability in the field of economics.”

Not too difficult to understand. Throw in some math and fudged populaton numbers with loud shouting by paid-for politicians saying the earth will blow up if there are 12 billion people and you have the birth of SDG.

The whole argument back in the 70’s, when the quoted reports were written, was that technologically and education wise the average man, animals as you are referred to, were too mentally feeble and busy to care with dealing about war or issues of over-population, crime, food production, economics in general, and it was up to the smart guys of industry to do something about it to save all the non useless eaters.

By the way, the (non) useless eaters the smart guys referring to doesn’t include the journalists at CBS.

The task since the atomic age has been driving poor education to the public keeping them stupid through various methodology, which we refer to chatat in some regards, so the basket of the privileged would remain squarely in the hands of what is now called technocrats.

Really though, the ruling class called the “elite” is a quasimodo mix of banking groups, oligarchs, and those who became wealthy in their industrial niche which enabled them to purchase politicians by whatever means available over the decades. Employing special forces to guard themselves and their families and any HUMINT that endeavored their survival – just like anyone else would do finding themselves in their shoes.

Ideology employed by factions, good and evil, is another matter entirely and I won’t get into that here – that’s for another article.

Fast forward to 2022, Harvard professors and military generals could not envision a world in which pentabyte data traveled in a mere second for any hapless teenager to examine, possibly coming away with much better answers than those who were already titans of industry reeling in power sitting atop the mountain in the 1950’s.

No technocrat desires to be dethroned by the average pimply teenager who excels in Fortnite kill boards.

Thus, the stupidity in all things, sans avant-garde for anything considered intelligent, journalists not only prove the concepts from Harvard about social control constructs, but give these vanguards all the ammo their cogito requires to justify their wanton actions.

As Arnold Schwarzenegger points out,

The wolf on the hill, right, is not as hungry as the wolf climbing the hill.

“Thats true, he’s not as hungry, but when he wants the food, it’s there.”