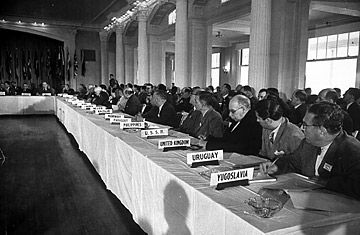 We are witnessing the birth of Bretton Woods III – a new world (monetary) order centered around commodity-based currencies in the East that will likely weaken the Eurodollar system and also contribute to inflationary forces in the West.

A crisis is unfolding. A crisis of commodities. Commodities are collateral, and collateral is money, and this crisis is about the rising allure of outside money over inside money. Bretton Woods II was built on inside money, and its foundations crumbled a week ago when the G7 seized Russia’s FX reserves…

The beautiful paradox of linear rates (the stuff you trade and I write about) is that you need to think linear to find relative value most of the time, but you have to think non-linear to recognize and survive regime shifts. We are seeing a regime shift unfold in funding markets currently (which, as always, will pass), and a sea change in inflation dynamics and FX reserve management practices.

We have two convictions today. First, June FRA-OIS spreads can widen more, to at least 50 bps, both due to funding premiums driven by commodity prices and the market taking out Fed hikes, and second, it’s a good time to get long… …shipping freight rates. Yes, freight rates, which, at the current juncture are linked to “geo-monetary” dynamics.

Freight rates are the price of balance sheet for “commodity RV traders” (the commodity trading houses) and for sovereigns that can take the risk of moving and storing subprime, sanctioned commodities. First, funding. Since the start of the conflict in Ukraine, spot U.S. dollar Libor, FRA-OIS, and FX swaps have been showing signs of stress. Not much, but we hear two things from funding desks: cash is bid, and term cash is hard to come by.

Normally, where o/n points trade in the FX swap market determines how the rest of the curve trades (low premia in o/n space mean low premia in term space). But these aren’t normal times. We have a crisis of sorts unfolding, and in a crisis, like in 2008, everyone lends at short maturities and the collapse in o/n premia is at the expense of term premia – in a crisis, term funding premia increase on the back of compressed o/n premia, as opposed to decline as they normally would.

Who drives the bid for cash, i.e. whose bid is driving term funding premia in this environment where lenders are less willing to lend cash for longer tenors? The commodities world, for three reasons. First, non-Russian commodities are more expensive due to the sanctions-driven supply shock that basically took Russian commodities “offline”. If you are a (leveraged) commodities trader, you need to borrow more from banks to buy commodities to move and sell them.

Second, if you are long non -Russian commodities and short the related future s, you are likely having margin calls that need to be funded. Anyone in the commodities world is experiencing a perfect storm as correlations suddenly shot to 1, which is never a good thing. But that’s precisely what happens when the West sanctions the single -largest commodity producer of the world, which sells virtually everything.

What we are seeing at the 50 -year anniversary of the 1973 OPEC supply shock is something similar but substantially worse – the 2022 Russia supply shock, which isn’t driven by the supplier but the consumer. Third, if you are short Russian commodities and long the related future s, then you are likely having margin calls too that also need to be funded like above. The aggressor in the geopolitical arena is being punished by sanctions, and sanctions -driven commodity price moves threaten financial stability in the West.

Is there enough collateral for margin? Is there enough credit for margin? What happens to commodities futures exchange s if players fail? Are CCPs bulletproof ? I haven’t seen these topics in the wide offering of Financial Stability Reports, have you? Is the OTC commodity derivatives market the gorilla in the room? The commodities market is much more financialized and leveraged today than it was during the 1973 OPEC supply crisis, and today’s Russian supply crisis is much bigger, much more broad -based, and much more correlated. It’s scarier.

The higher non -Russian commodity prices get and the lower Russian commodity prices fall, the wider FRA -OIS will get, and if you want to express all this in the credit space, look at what CDS spreads on some bigger commodity traders have done since we published our Dispatch on commodity derivatives on Friday. Spot on! Next, let’s move on to the freight rates and Bretton Woods III angles. Regular readers of this publication know of Perry Mehrling: my “Keynes” and father of the money view.

Recall our conversation in Friday’s Dispatch about the parallels between the currently unfolding crisis and the crises of 1997, 1998, 2008, and 2020, and the conclusions that we drew from the review of these crises. These were that every crisis occurs at the intersection of funding and collateral markets and that, in the presently unfolding crisis, commodities are collateral, and more precisely, Russian commodities are like subprime collateral and all other stuff is prime.

Commodities used to trade at tight spreads until now. There was one global market across all commodities that the large commodities traders arbitraged, much like a bond RV hedge funds arbitrage the cash-futures basis. Mortgages were like that too before 2008 – public or private, prime or subprime, they all traded at par… …until they didn’t. Commodities no longer trade at par.

Conversely, non-Russian commodities are like U.S. Treasury securities were back in 2008. One collapsing in price, and the other one surging in price, with margin calls on both regardless of which side you are on. The “commodities basis” is soaring! Commodity correlations are also at 1, which, to stress, is never a good thing.

And from these crises we also learned that… …someone, somehow must always provide a backstop – or as Perry Mehrling would say, an “outside spread” (the IMF in Southeast Asia in 1997 in exchange for Washington consensus-type structural reforms; the Fed backstopping the shadow banking system with a range of facilities in 2008 in exchange for Basel III; and the Fed backstopping RV funds with QE and the SRF in March 2020, in exchange for “we don’t yet know what,” but history says there will be a price). Which brings us back to today – the present – and shipping freight rates.

If we are right, and if this is a “crisis of commodities” – a 2008 of sorts thematically, if not in terms of size or severity – who will provide the backstop? We see but only one entity: the PBoC! Western central banks cannot close the gaping “commodities basis” because their respective sovereigns are the ones driving the sanctions. They will have to deal with the inflationary impacts of the “commodities basis” and try to cool them with rate hikes, but they will not be able to provide the outside spreads and won’t be able to provide balance sheet to close “Russia-non-Russia” spreads.

Commodity traders won’t be able to either. Remember that Glencore rose from the ashes of Marc Rich + Co, and with Switzerland along with the sanctions, Swiss-based commodity traders will think twice about arbitraging the spreads. But the PBoC can… …as it banks for a sovereign who can dance to its own tune. To make things more complicated, China is probably thinking deep and hard about the value of the inside money claims in its FX reserves, now that the G7 seized Russia’s.

The PBoC has two “geo-strategic” = “geo-financial” options… 7 March 2022 Bretton Woods III 4 …sell Treasuries to fund the leasing and filling of vessels to clean up subprime Russian commodities. That would hurt long-term Treasury yields and stabilize the commodities basis and would give the PBoC control over inflation in China, while the West would suffer commodity shortages, a recession, and higher yields. Yuck.

That can’t be good for long-term Treasury yields. The PBoC’s second option is to do its own version of QE – printing renminbi to buy Russian commodities. If so, that’s the birth of the Eurorenminbi market and China’s first real step to break the hegemony of the Eurodollar market. That is also inflationary for the West and means less demand for long-term Treasuries. Yuck.

That can’t be good for long-term Treasury yields either. The idea behind going long shipping freight rates is simple: the price the PBoC will be paying to lease ships to fill them up with Russian commodities can in theory rise as much as the collapse in the price of Russian commodities: a lot. Renting boats is like renting balance sheet at a dealer to fund inventory, and if China does not have enough storage capacity on the mainland, it will store Russian commodities on vessels floating on the seas, encumbering not balance sheet (the PBoC is funding all this by printing money) but shipping capacity, which, for the rest of the world, will also be inflationary.

Once again: if you believe that the West can craft sanctions that maximize pain for Russia while minimizing financial stability risks and price stability risks in the West, you could also believe in unicorns. What G-SIBs are for financial stability… …Glencore is for price stability. In this instance, price instability (surging and collapsing commodity prices) feeds financial instability: margin calls may trigger the failure of some smaller commodity traders and maybe even some CCPs – the commodity exchanges. Again, commodity correlations are at 1, which is never a good thing… The Fed and other central banks will be able to provide liquidity backstops… …but those will be Band-Aid solutions.

The true problem here is not liquidity per se. Liquidity is just a manifestation of a larger problem, which is the Russian-non-Russian commodities basis, which only China will be able to close. Do you see what I see? Do you see inflation in the West written all over this like I do? This crisis is not like anything we have seen since President Nixon took the U.S. dollar off gold in 1971 – the end of the era of commodity-based money. 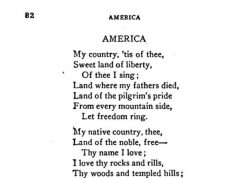