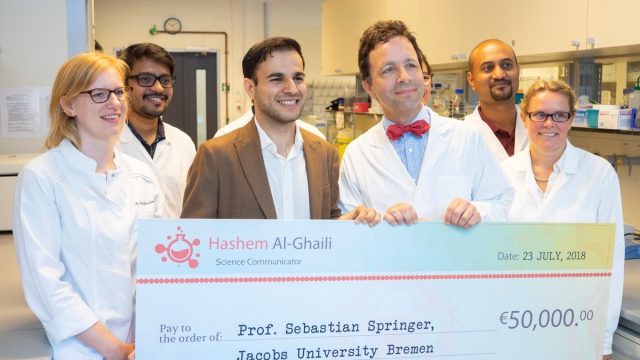 HaShem means “the name,” a title Judaism refers to as G-d.

Interesting to see that Qat famers from Northern Yemen can also compete with outrageous ideas of “upgrading evolution” along with the other destroyers of nature and man in science. Once educated through the German system of medical sabotage, there are no bounds to the destruction of humanity. No doubt these visionaries pretend to be the actual HaShem with their grand ideas of how society should play out, replacing the human species with lab created variants – the future we are told.

The innocence of these sci-fi visions are what give birth to destabilized culture under the guise of progress for all. In reality, all of these schemes for profit to replace or upgrade Elohim creation will come to nothing. The end result of these visions is a large death toll upon humanity until YHWH restores the balance of nature through eradication, as always examined through history.

No different than the renewable fantasy, in which the fictional video also portrays. Only through Shabbos can a “renewable” balance be experienced with the home we call Earth, regardless of the use of fossil fuels, or the pandered schemes of climate change nonsense.

Neither depopulation, elimination of oil, or Ectolife will upgrade or save humanity. These are schemes of con-men, ideology of dreamers who have forsaken YHWH long ago. They yearn to see their personal vision of utopia which equates nothing better than that of Hitler when all is said and done.

As humanity inches closer to YOM YHWH, every avenue of destruction will be available wherewith to exterminate mankind, indeed, making you more rare than the gold of ophir. He who endures to the end – the same shall be saved.

Those in redemption say out loud “In HaMashiach Jesus we trust,” as the virgins trim their wicks.