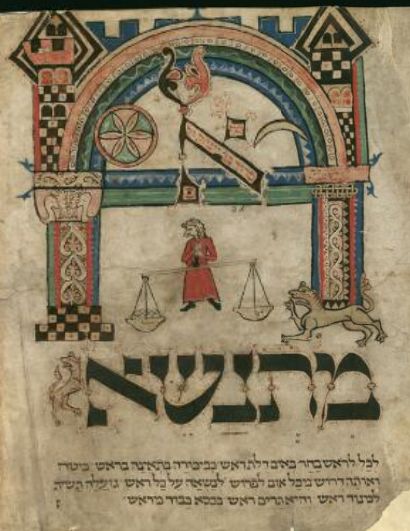 From the National Library of Israel collection. “Ktiv” Project,

“As hypothesized, the cycle was written in the city of Würzburg …. It seems that the cycle was brought to Warmiza by the refugees of the Jewish community of Würzburg, after its destruction in the Rindflisch decrees, in 1298…. Instead of the original second part, it was added to the ‘Warmiza cycle’ volume 2 of another cycle, similar in dimensions and close to it in time, in the environment of origin and custom and in style.”